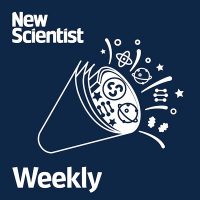 New Scientist is the world’s most popular weekly science and technology magazine. Her website, apps and publications cover international news from a scientific point of view and ask questions with the biggest picture of life, the universe and what it means to be human. If anyone in the world has a good idea, you’ll read it in New Scientist.

Since the magazine was created in 1956 for “anyone interested in scientific discovery and its social implications”, it has expanded to include events in Britain, the United States and Australia, including New Scientist Live, the world’s largest festival of science. New Scientist is based in London, UK, with offices in the US and Australia.

The European Space Agency (ESA) is Europe’s door to space. Its mission is to shape the development of Europe’s space capability and to ensure that investment in space continues to benefit the citizens of Europe and the world.

The Higher School of Earth Sciences accepts approximately 120 students from all over the world. We have a rich and integrated community of doctoral students. Our students are regularly recognized by national and international awards, and most continue to research positions at the postdoctoral level.

As someone with a PHD in Religion and Ethics, I am especially concerned with the way in which Ethical judgments may heavily influence the success of applications that develop from many avenues of biological research. Sequencing the human genome, gene localization and identity, gene therapy, the creation and release of genetically engineered organisms, bioengineered pharmaceuticals, and ecosystem management of marine, freshwater and terrestrial environments, are all current and lively areas of applied research that call for cooperation and partnerships between biologists and many other professional and cultural groups in the community.

A Life Sciences service provider for products such as oligo synthesis, peptide synthesis, antibodies and conjugation of biopolymers. Specialize in the development and manufacturing of Genomics and Proteomic Products.

Imperial College London is a world top ten university with an international reputation for excellence in teaching and research.

Consistently rated amongst the world’s best universities, Imperial is committed to developing  the next generation of researchers, scientists and academics through collaboration across disciplines.

Located in the heart of London,  Imperial is a multidisciplinary space for education, research, translation and commercialisation, harnessing science and innovation to tackle global challenges. 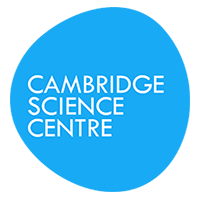 Unlock the secrets of life at LifeWorks! Enjoy an action-packed day out to explore everything from cells to survival with our interactive exhibits, lovingly crafted by our team of in-house experts to appeal to young people of all ages.

We also have a range of great science shows and activities happening. These take place throughout the day, at the centre every weekend and during school holidays. There’s no need to book. Just come along and begin your journey of discovery with us today.

Our team of enthusiastic Science Communicators are always on hand to explain and demonstrate to young visitors, and ignite their curiosity. They encourage you to press buttons, pull levers, peer through lenses and generally get hands on!

The Evolution of Online...

How Poker Has Evolved...